PUBLISH announced today it has signed an agreement with JTBC (Joongang Tongyang Broadcasting Company), one of the largest South Korean cable television networks owned by the media conglomerate JoongAng Group.

Under the agreement, the two organizations will cooperate in a number of areas, including but not limited to technological innovation, digital media business strategy, and digital content research and education.

Of note, PUBLISH will develop a blockchain-based system whereby viewers of JTBC can submit news tips to be tokenized into NFT and traded. Editors at JTBC would then review and select the submissions based on a number of criteria including newsworthiness, accuracy, and originality. The best submissions will be converted into a limited number of NFTs and shared with journalists and submitters.

Commenting on the business agreement, JTBC CEO Lee Kyuyeon said, "JTBC has grown thanks to its viewers,” adding that “the NFT project is our way of giving back.”

“JTBC has an outstanding track record of innovation in the media industry,” added PUBLISH CEO Sonny Kwon. “We’re excited to be part of this innovation.” 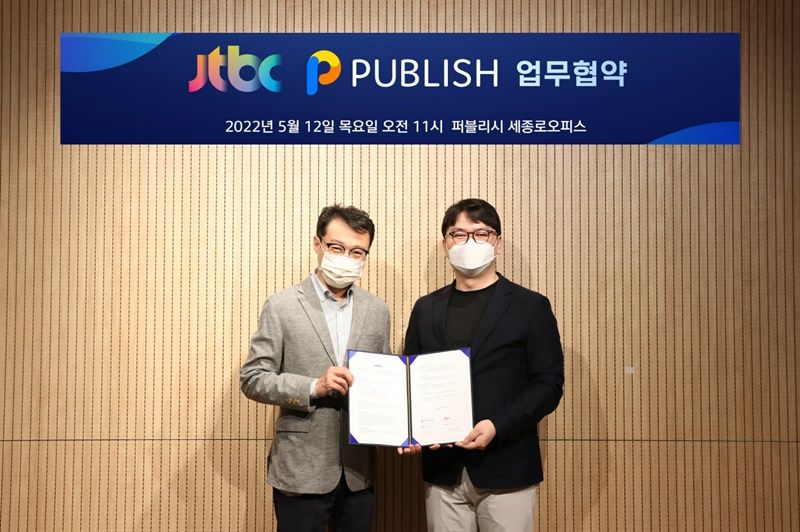